Life is sometimes pretty crazy, and that also applies to game development, right?

In 2015/2016 I worked on a retro platform game based on a prototype I had developed at the Ludum Dare Game Jam. The project was called Tiny Thor. 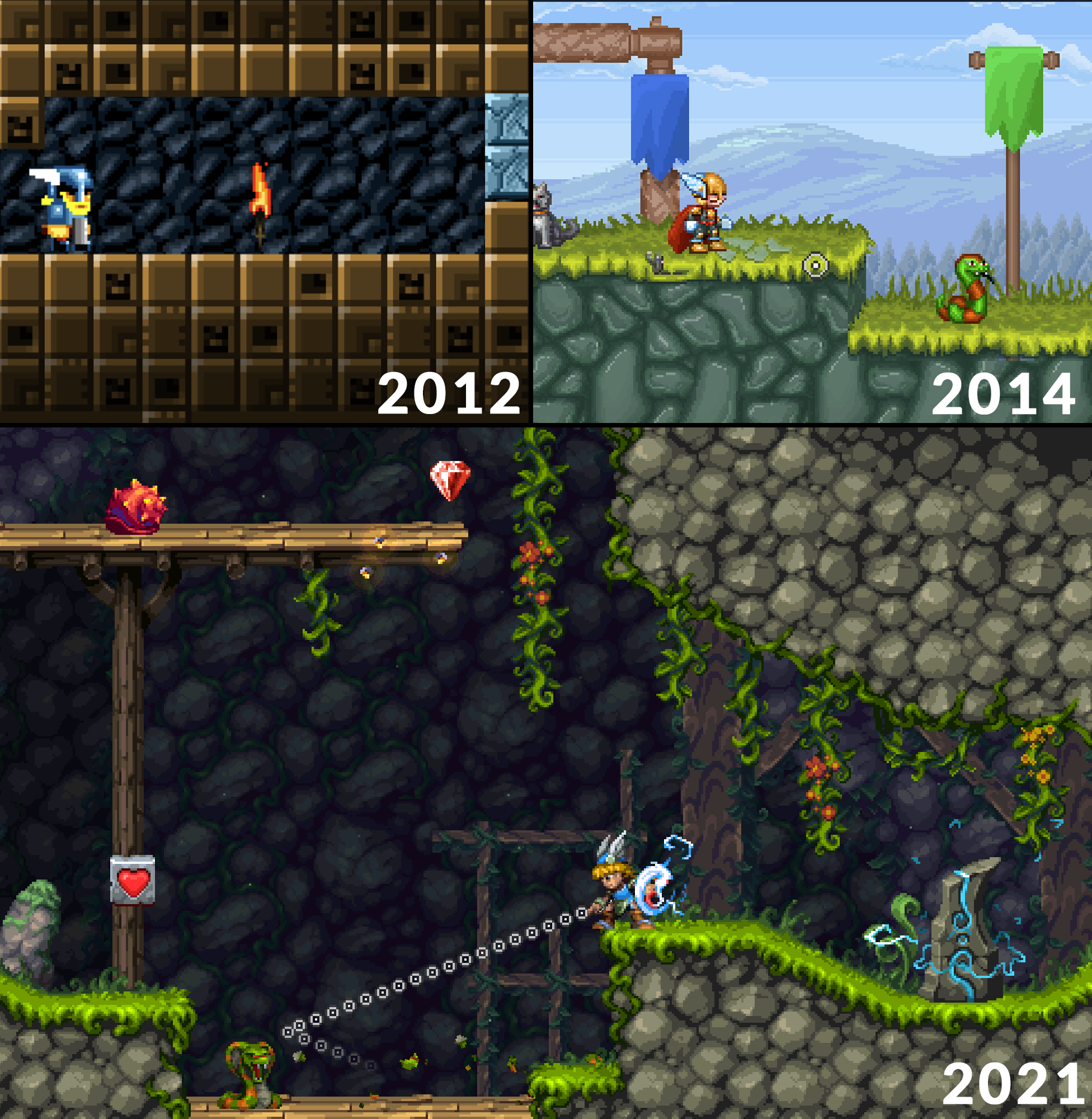 The evolution of Tiny Thor.

Shortly before it was finished in 2016, I showed the game to my friend Henk Nieborg - probably the greatest pixel artist on the planet. He then asked if he should rework the somewhat clunky graphics to make it look better. What happened next is something I would never have imagined, and it's pretty crazy. 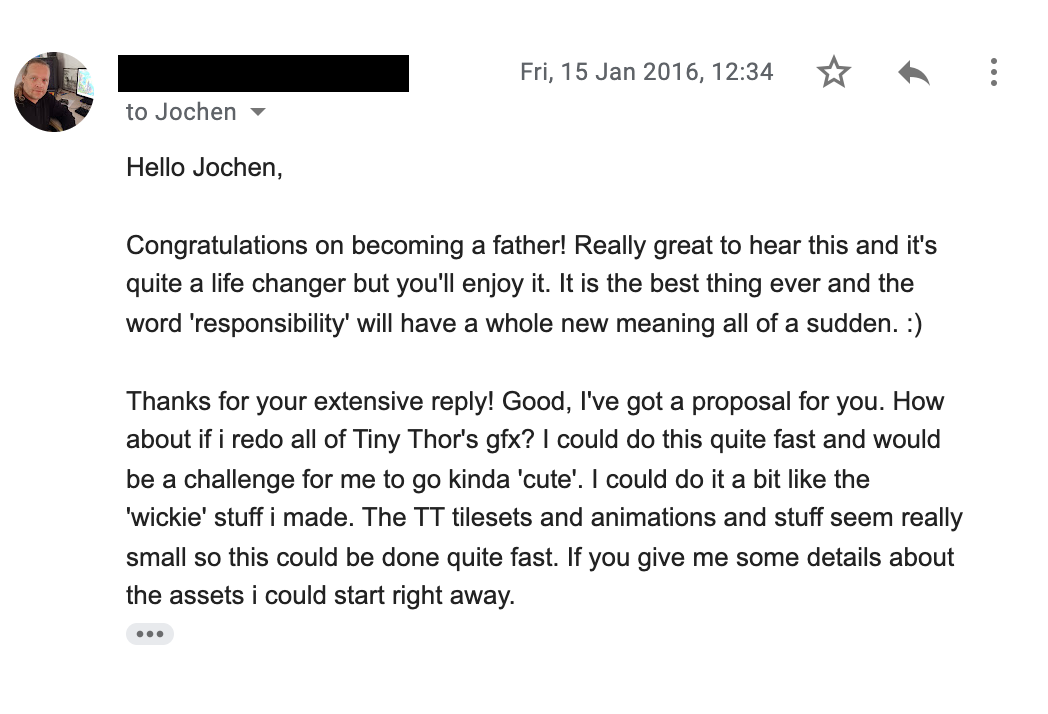 I assumed it would be pretty simple, right. Henk will work on the graphics for a month or two and my game will look fantastic. Easy, right? When I received the first mock-ups and assets, I was convinced that this was a pretty good decision.

With those cool graphics at hand, I posted some screenshots on social media. Lutz Osterkorn, a co-founder of Factor 5 and one of the game designers of my all-time-favourite game Turrican, wrote me that he liked it. We talked for a while and I joked that it would be great if Chris Hülsbeck (one of my childhood idols) will do the soundtrack for it. 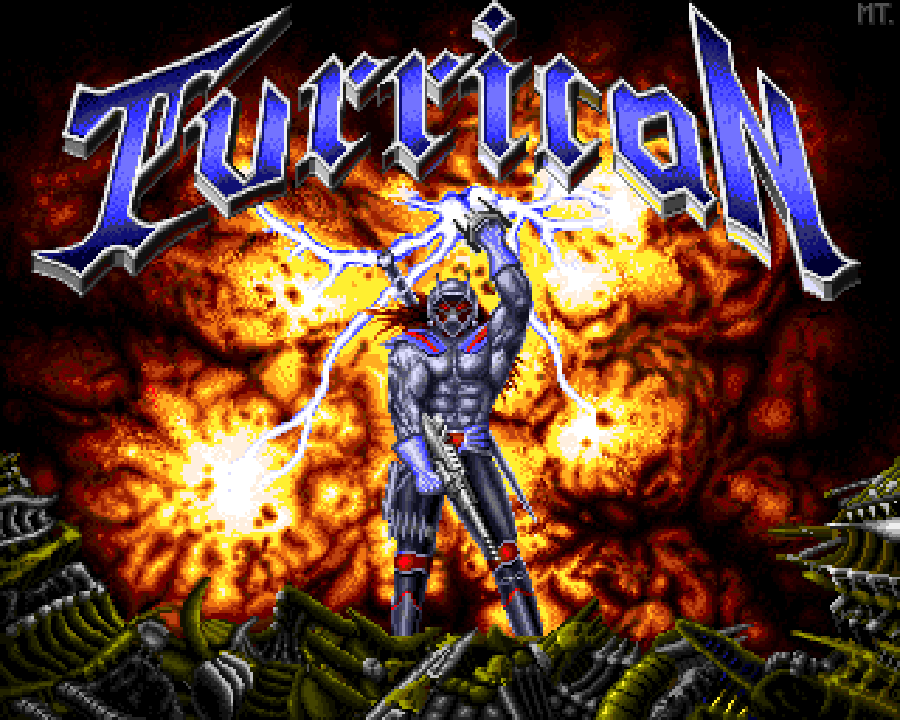 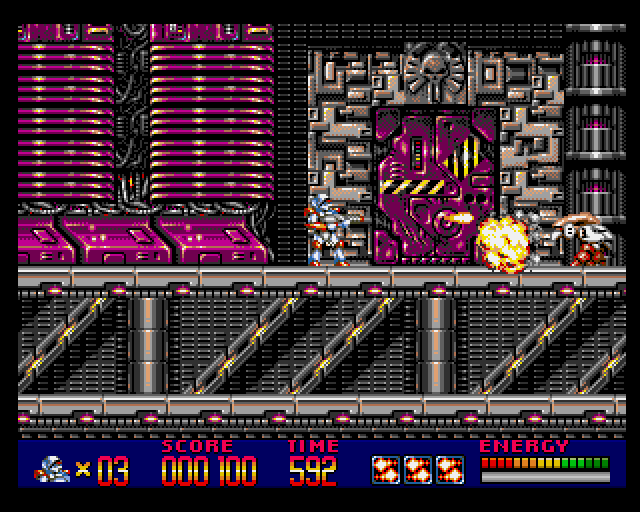 The Turrican series were my favorite amiga games as a kid.

Lutz put me in touch with Chris and he agreed to do a soundtrack for my Tiny Thor project.

When I was a child and took my first steps in programming, I had that fantasy of developing a game together with Henk and Chris. So here I am - my childhood dream was about to come true.

I really can't mess this up!

"Henk and Chris are working on a game with ME. I can't mess that up!", I said to myself. The gameplay was okay at that time, but pretty generic, and I felt that the game and level design needed a lot of improvement. So after tinkering with everything for a few weeks, I threw away all the code, levels and game design and decided to develop it from scratch together with a friend of mine, Steffen. 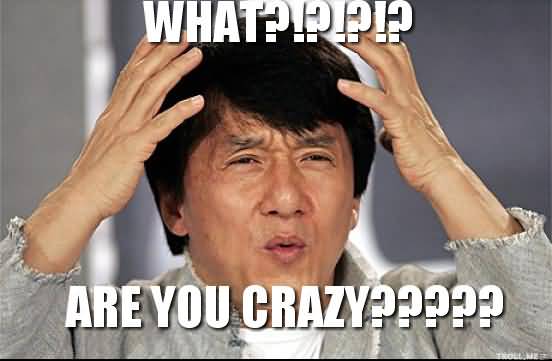 It sounds like a pretty crazy decision in retrospect, but at the time it seemed like something I had to do. Now that Chris and Henk joined the project I felt like I have to do something bigger and better. Something that will stand out more.

Some time has passed since then. We secured government funding and worked full time on the game for almost the last 2 years, and I'm really proud of what we've achieved so far (you can play the demo on Steam or add it to your wishlist). I hope to finally finish and release the game in 2022. We're getting closer and closer to that goal. And I promise, that I won't start from scratch again this time.

A few months ago I was porting some of my older games to Nintendo Switch and stumbled across my old Tiny Thor repository. Remember, the one from 2016, before Henk joined the project and I started from scratch. To be honest I had completely forgotten about it. So I started playing my old game. And it was..... fun. Pretty generic and simple gameplay, but .... kind of fun.

I played through it and then realised that the game was pretty much finished. It was kind of a WTF moment for me. Sure, it had no music, there were a few bugs and some of the levels were a bit flawed. But apart from that, it was basically a complete game. Then I realised how stupid it must be from the outside. Game development is hard. Finishing a game is even harder. So what do you do when you're 99% done? Sure, you throw everything away and start all over again.

The birth of "Hammer Kid"

I thought about it for a while and then I decided to fix all the bugs and level design issues. I also did the complete soundtrack - which was a lot of fun after I haven't done any serious music production in years. I've also rebranded the game to Hammer Kid and I will be releasing it for Nintendo Switch on January, 22th 2022 and PC / Steam on March, 1st 2022.


Tada... Hammer Kid: A game that had almost been gathering dust on my hard drive is now ready to release.

So you can soon find out what Tiny Thor would have been if that message from Henk hadn't convinced me to quickly replace a few assets before release. It can't be too much work, can it?